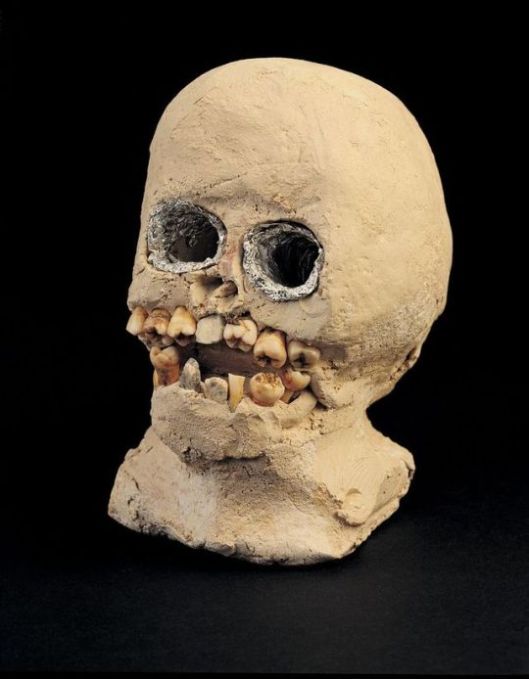 James Thomas adopted the moniker as a blues performer playing the Mississippi Delta region. Thomas first learned guitar and sculpture from his uncle, and his art proved a valuable source of income, supplementing the wages he earned picking cotton and digging graves. In 1982 Thomas’s clay sculptures were featured in Black Folk Art in America, 1930–1980, organized by the Corcoran Gallery of Art in Washington, DC. Thomas sculpted native animals, such as birds, alligators, and rattlesnakes, as well as funerary figures and busts. One of many such skulls, Untitled of 1988, features a gaping mouth, lined with human teeth, split into a macabre grin. The skeletal form reflects Thomas’s professed affinity for “hoodoo” beliefs. He claimed to rely on dreams as sources for both his songs and his sculptures, and many of his portrait busts evoke a dreamlike state of flux and vagueness.